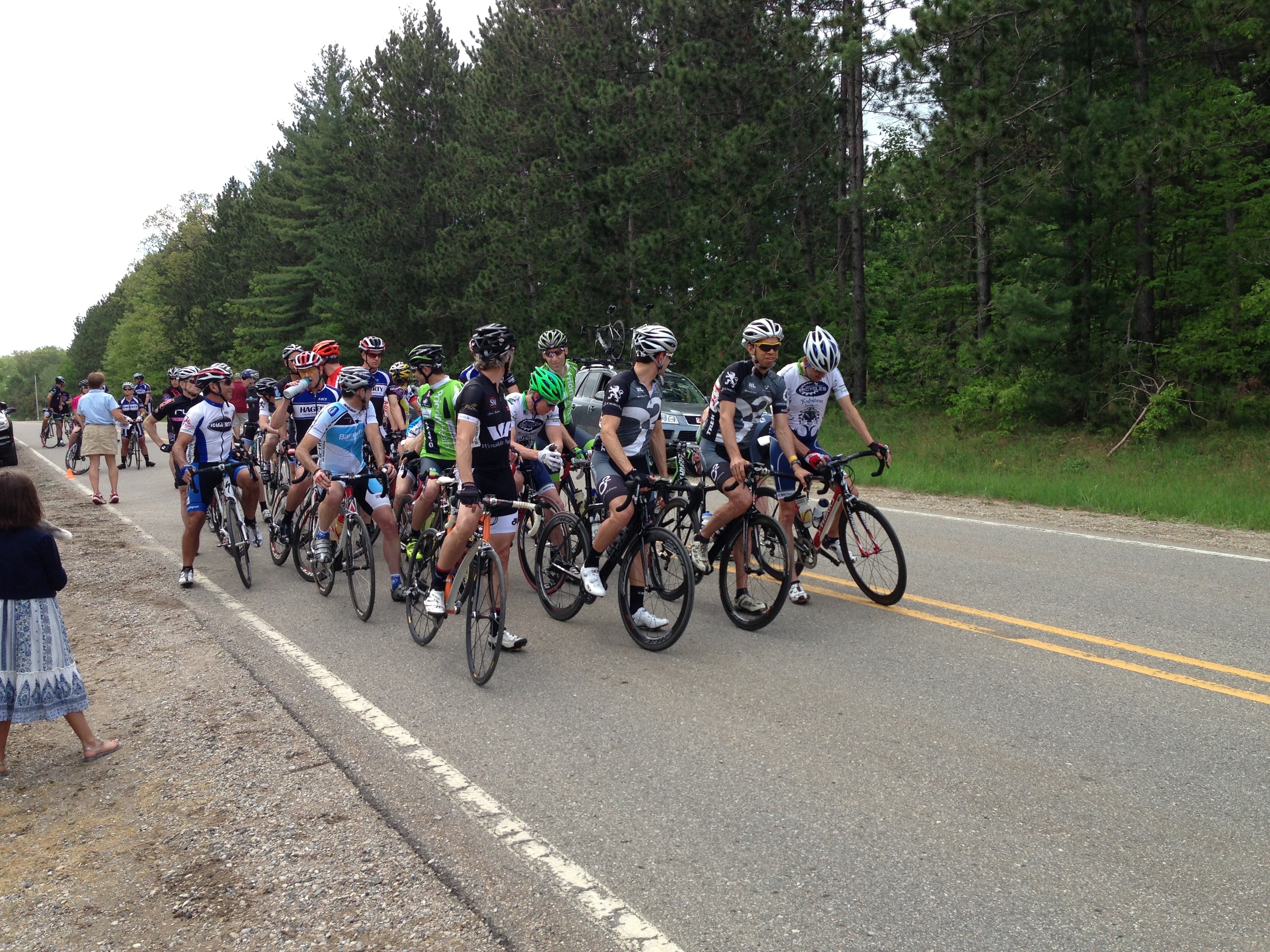 We had a great day of racing Saturday. Our team was one of the most well represented teams there with a total of 11 racers in 4 categories. Out of those 11 racers, we had 4 on the podium and many others in the top 10. There was some great teamwork throughout the day and even more team support.

The Flahute of the Day goes to Jerry Gase who, despite having rear derailleur problems before the race, raced anyhow. Basically he rode up one of the hardest hills you will find in a race with only two gears (big chain ring or small chain ring). Jerry was leading the pack up the big hill a couple of times so that he could stay in the race. Everyone that knew he only had two gears was impressed with how well he was doing. He finished 10th out of a field of 30 with riders who all had way too many gears to choose from.

The runner-up to the Flahute of the day was Peter Vajda who, despite losing the pack at the beginning of the second lap, rode out the rest of the race solo.

James Ignash was able to take the top step of the podium in the Masters 45+ race with a solo breakaway. With the help of his other teammates sitting on wheels and holding back the group, he was able to finish 2 mins 20 seconds in front of second and 5 mins ahead of the the other chase group.

It would have been nice to see more Cat 5 racers at the races. It looks like the criterium only had 3 riders in it period. We didn’t have any Cat 5 racers in any of the races this weekend. West Branch is one of the best races that we have in the state – hopefully we can get more people out next year.

Overall, we had a great weekend and there were solid results for our team. I look forward to racing next weekend at Mt. Pleasant and hope to see a lot of people there. I know many people will be doing Michigan Mountain Mayhem on Saturday but there is still a Crit on Sunday.